A few month ago my wall clock with temperature and humidity dials feel down from the wall and broke apart. 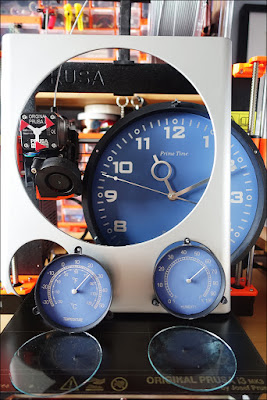 For the clock mechanism it probably was a good move (I would throw it out of window someday anyway, so loud it was). But temperature and humidity dials were quite useful, so I decided to keep them and reuse some day. And with my new and shiny Prusa i3 MK3 printer this day just came yesterday. 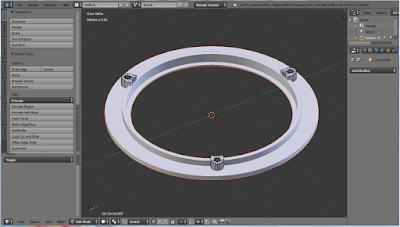 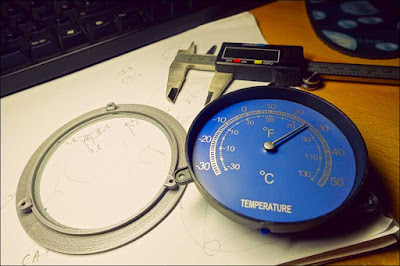 With dial's holder and stand on the printer's bed: 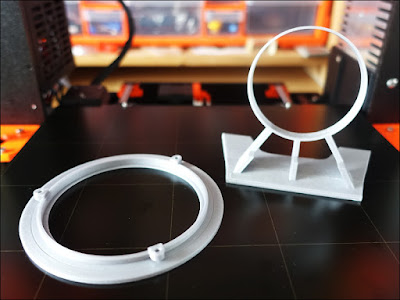 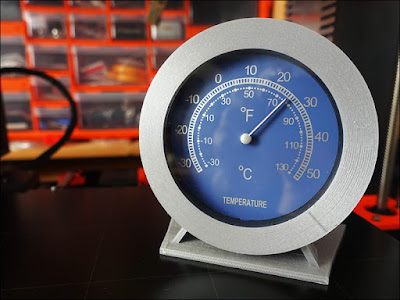 I probably will re-do the stand for the second dial, have some idea how to make it a bit fancier.
Posted by Maker's Blog at 14:12