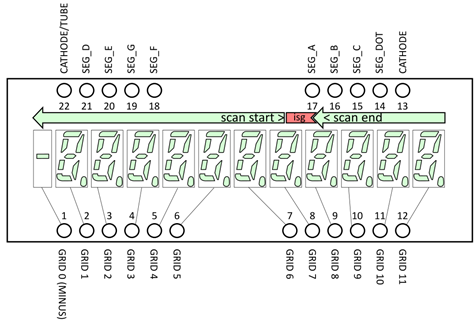 But because the same controller also read the keyboard, it needs extra two pulses to scan the keys. It is why there is an ISG (Inter Scan Gap) on the picture above.

We can easily check how this works with an oscilloscope: 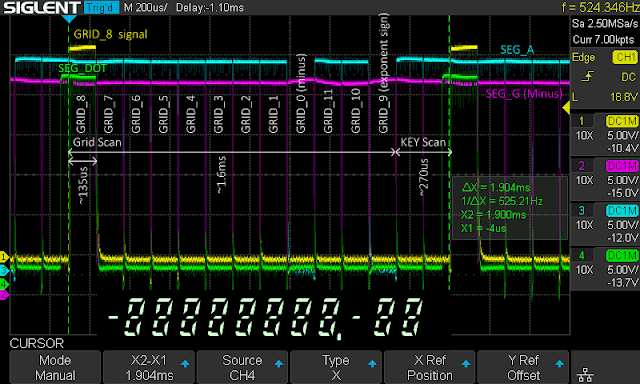 Here yellow channel connected to GRIG_8 signal, red channel to SEG_G,  blue to SEG_A and green – to SEG_DOT. ‘-88888888.-88’ is displayed on the VFD. As you can see, there is a two pulses Key Scan interval before the next cycle of multiplexing starts. Interesting to note that even for key scan pulses segments are being lit.

The same picture, but with a logic analyzer connected to all segments and to GRID_8 signal: 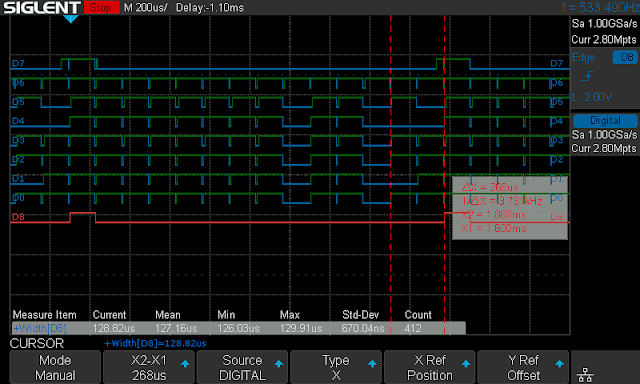 Here D0 connected to SEG_A, D1 to SEG_B, …, D7 to SEG_DOT and finally D8 to GRID_8. Cursor shows the keyboard scan pulses. The controller turns off all segments before setting them for the next digits, so there a short negative pulses for SEG_A to SEG_G. Zoom into the inter-grid gap looks  like this: 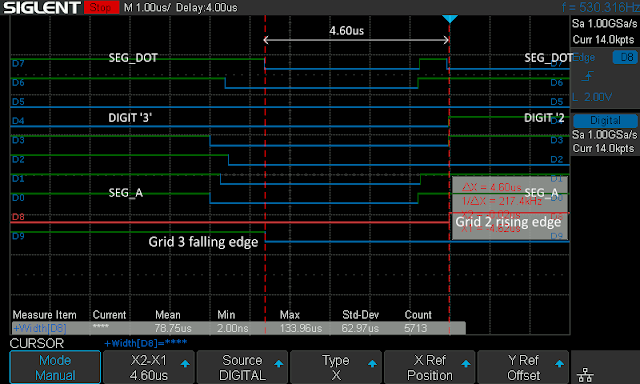 Here channel D8 connected to GRID_2, D9 to GRID_3 and you can see ~4.6 microsecond between grid 3 turned off and grid 2 turned on.

Now we can connect our voltage dividers to STM32F103 and try to scan the VFD. 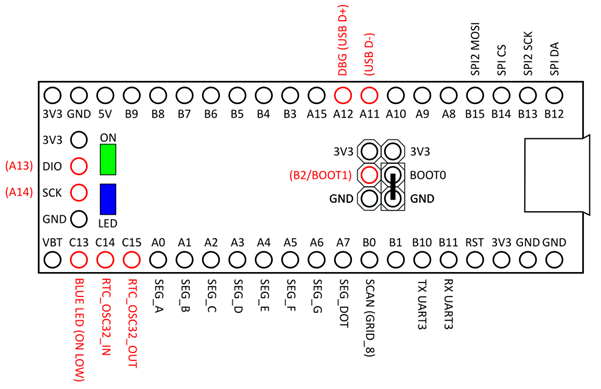 So, why only GRID_8 is connected? Rising edge of this signal will be used to fire an interrupt which will scan segments and then will start timer to fire timer interrupt to scan the next digits. After the last digit is scanned timer will stop itself and the next scanning cycle will start when grid 8 signal will rise again. To make sure that timer interrupts are fired at proper interval, first two interrupts from GRID_8 signal will be used to calculate the multiplexing period. This period then will be constantly adjusted to make sure that we are scanning at the right time even if multiplexing period is drifting because of battery running low.

STM32CubeMX pinout for this project: 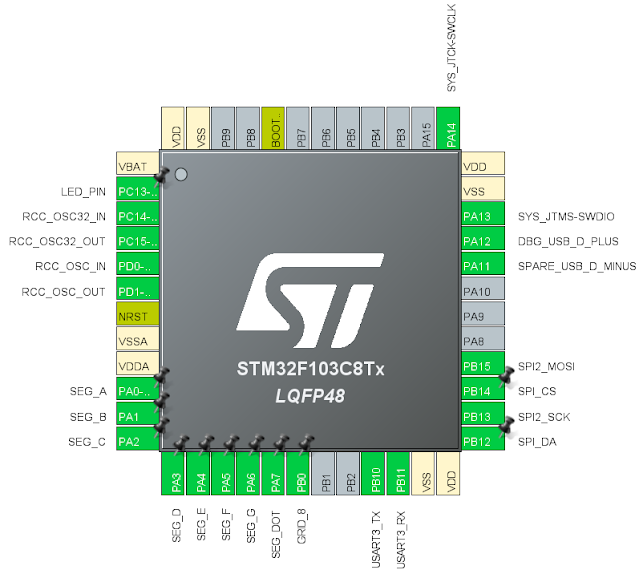 Serial port is used to show scanned data on the terminal for logging. This an example of a few commands: 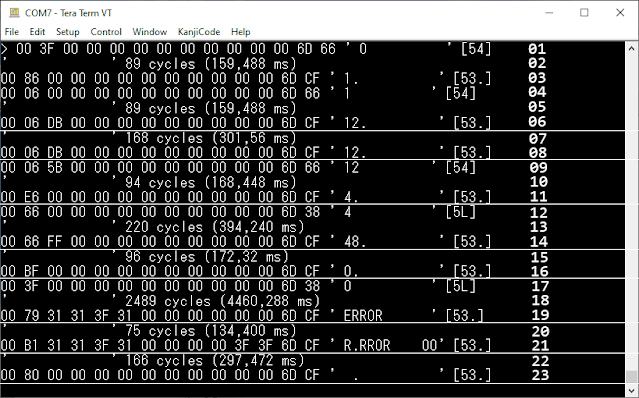 What is going on here:

There are a few interesting patterns we can see on this terminal example.

When new digits are being entered:

When some command is being executed, for example, multiplication at line 12:

When program is being executed, for example, sample program for a circle calculation from the user manual: